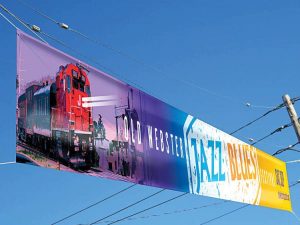 “This year promises to be the biggest and best event yet. We’re bringing back longtime crowd pleasers like our friends Marquise Knox along with new favorites like Jeremiah Johnson, who’s making his festival debut this year and closing out the day’s performances,” said Brian Ward, musical director for the festival…. 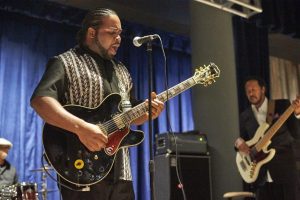 As a 16-year-old, Knox opened for B.B. King in 2008 at Family Arena. He’s also performed internationally and has opened for the likes of Willie Clayton, Latimore, Kenny Neal, Barbara Carr and Carlos Santana.

But one thing he hasn’t done yet is tour with a national act….

Marquise Knox Closes Out Year #21 of Blues in The District

It seems like yesterday when the calendar turned from winter to Spring in late March. I sat in my office thinking “when is the first week of Blues in the District?” I found out it was June 14 when the first scheduled act of the summer was to take to the gazebo stage. I even counted the days until I would be sitting next to “my” rock in Washington Park for that first night. Well, 86 days went by and there I was listening to Harper & Midwest Kind enjoying a wonderful evening outdoors with a few thousand others. It was the first of 6 scheduled acts to perform this summer….

Marquise Knox: ‘I’m a good man. I’m a poor man. But I’m a bluesman. Do you understand?’ 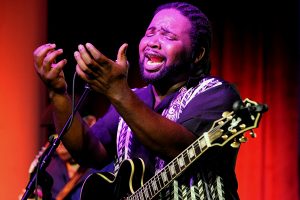 KDHX presents Marquise Knox: Live From The Listening Room at The Stage, sponsored by the Big Muddy Blues Festival, on Sunday, August 5 at 8 p.m. A portion of the show will broadcast live on air on “Nothin’ But The Blues” with Ron Edwards.

When the 14-year-old Marquise Knox exited BB’s Jazz, Blues and Soups stage at the Baby Blues Showcase the audience screamed for more. The 2005 performance announced to St. Louis that a prodigy had arrived. Over the next decade, mentored by the best of the old delta bluesmen, Knox would hone his musical, songwriting and stage skills while surrounding himself with some of the best musicians in town. Now, at age 27, the prodigy days are over. The fully formed bluesman has arrived… 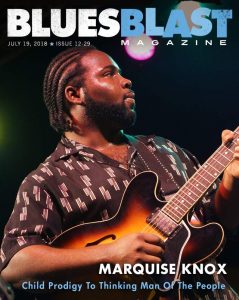 Throughout the recent history of the blues, dozens of players who are barely into their teens have emerged from the masses, attempting to stake their claim as stars for future generations. Most of them streak across the heavens and disappear into the void from which they emerged. But virtually no one is making the impact of St. Louis-based singer/guitarist Marquise Knox…

“The world don’t owe me nothing,” he says. “I ain’t never felt no kind of privilege in this world. Mules have kicked me, but didn’t damage my pride. The rattlesnake bit me, but just crawled off and died. I represent St. Louis blues like no other. I am the blues